The Batman Arkham series is such a classic open-world experience for gamers and Batman fandom that Gotham Knights and Suicide Squad: Kill The Justice League have a lot to live up to. 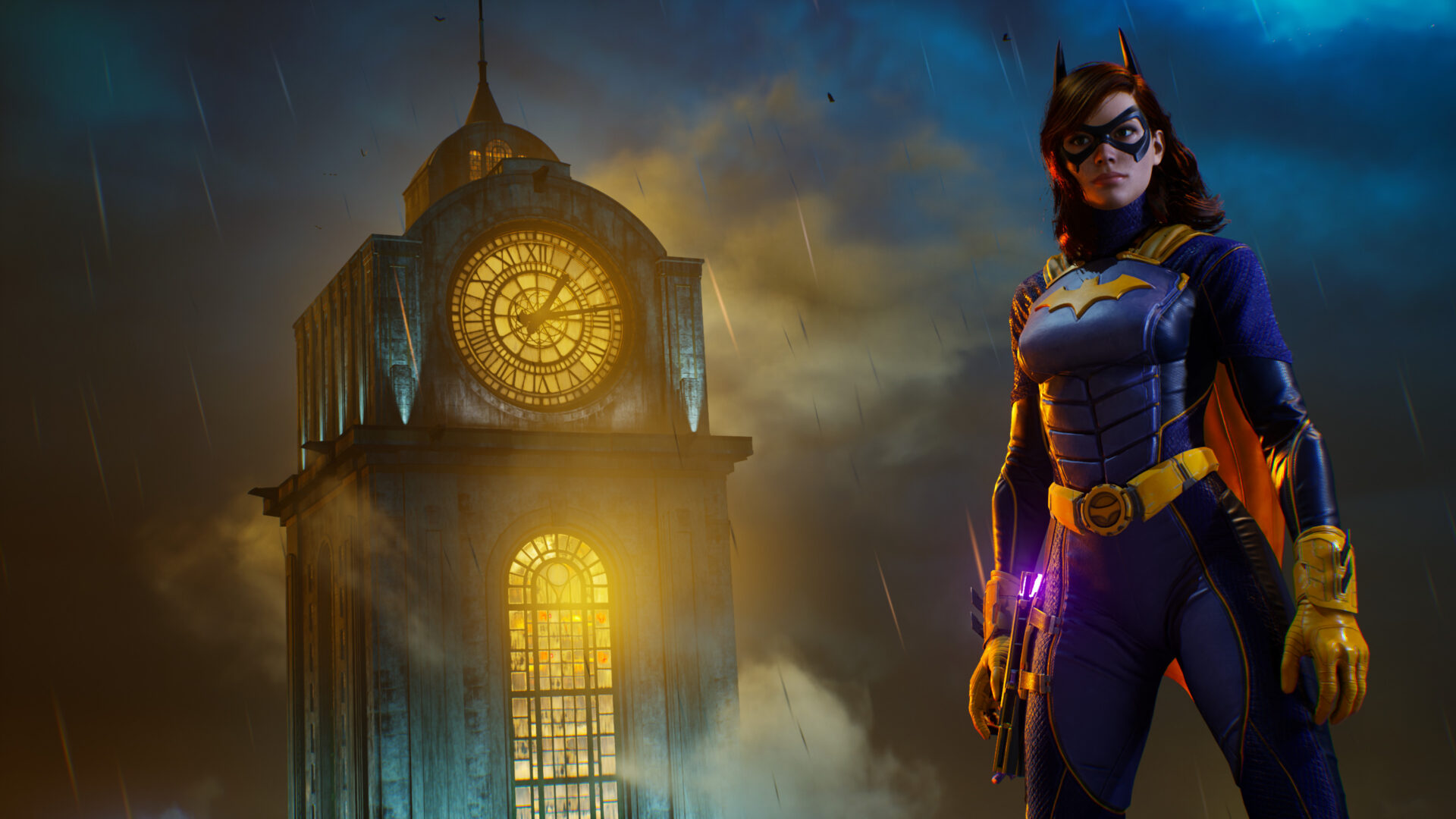 One of the last inconsistencies or new additions players are liable to complain about is the character and costume designs – save for Deadshot suddenly being a man of color to reflect Will Smith’s casting in the DCEU.

Of course, there are exceptions in a small minority of fans who will take issue with, for example, garbs that are either unrealistic proportionally or expose too much skin, and some of them will write for pop culture news sites.

One of the most prominent of those outlets is ScreenRant and in a recent article they did, in fact, raise the issues mentioned – amongst others – with the costume designs of Batman, Catwoman, and Harley Quinn in the Arkham games. 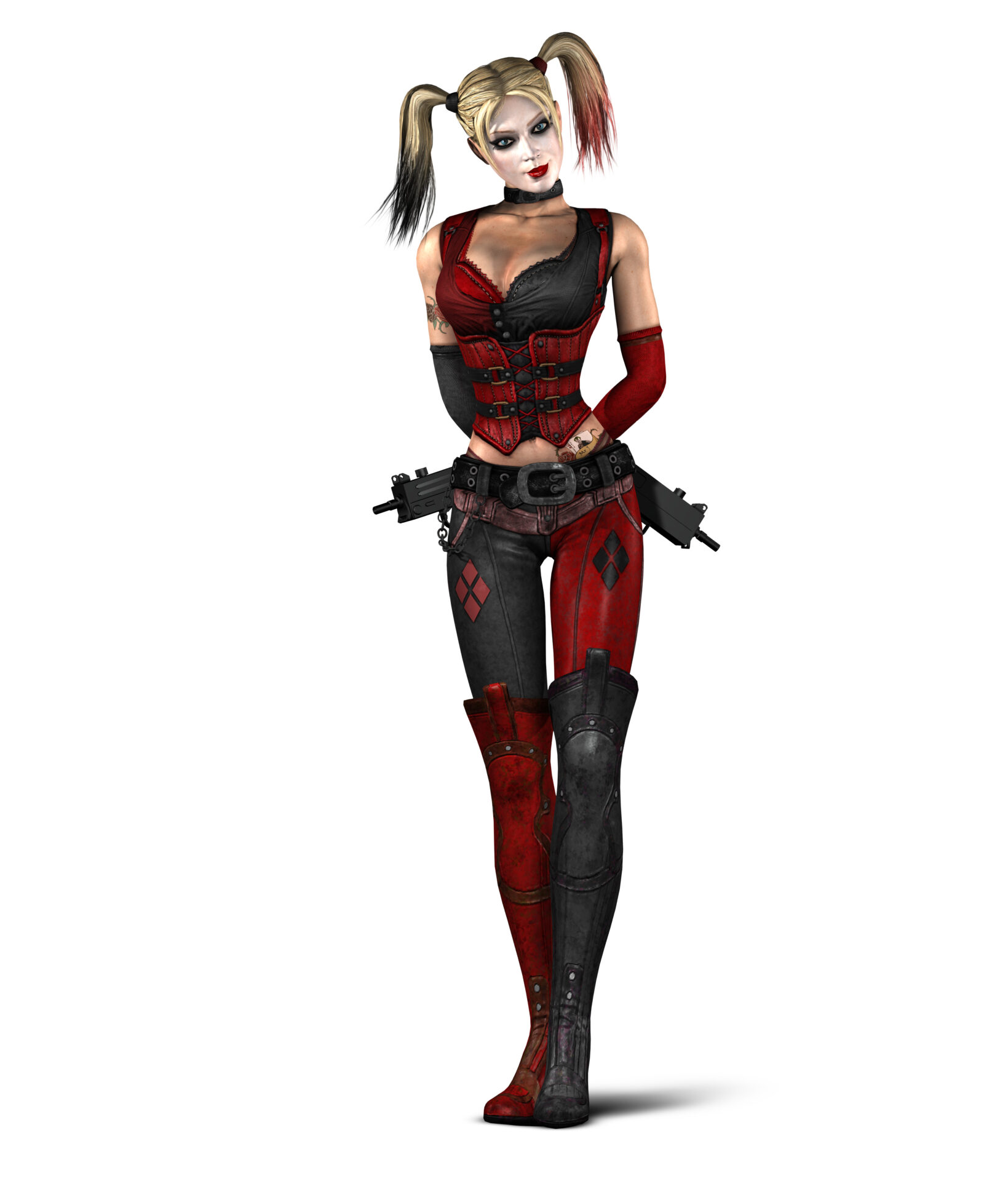 The writer, Jacob Zeranko, has nice things to say about the way Batman’s lore has been built up over the years in film and animation and he remarks, “All of these elements are present in Rocksteady’s take on Batman in the Arkham series.”

And yet, despite that, and nailing “the iconic silhouettes of each character in the Batman: Arkham games,” Zeranko says “the characters themselves…could be better” when “they all bear the [gaming] industry’s hallmarks from the late 2000s.”

As it pertains to Batman himself, Zeranko wrote “his proportions feel off” – “both overly muscular and slim” and “exaggerated by his suit which is closer to a second skin than a combat suit.” 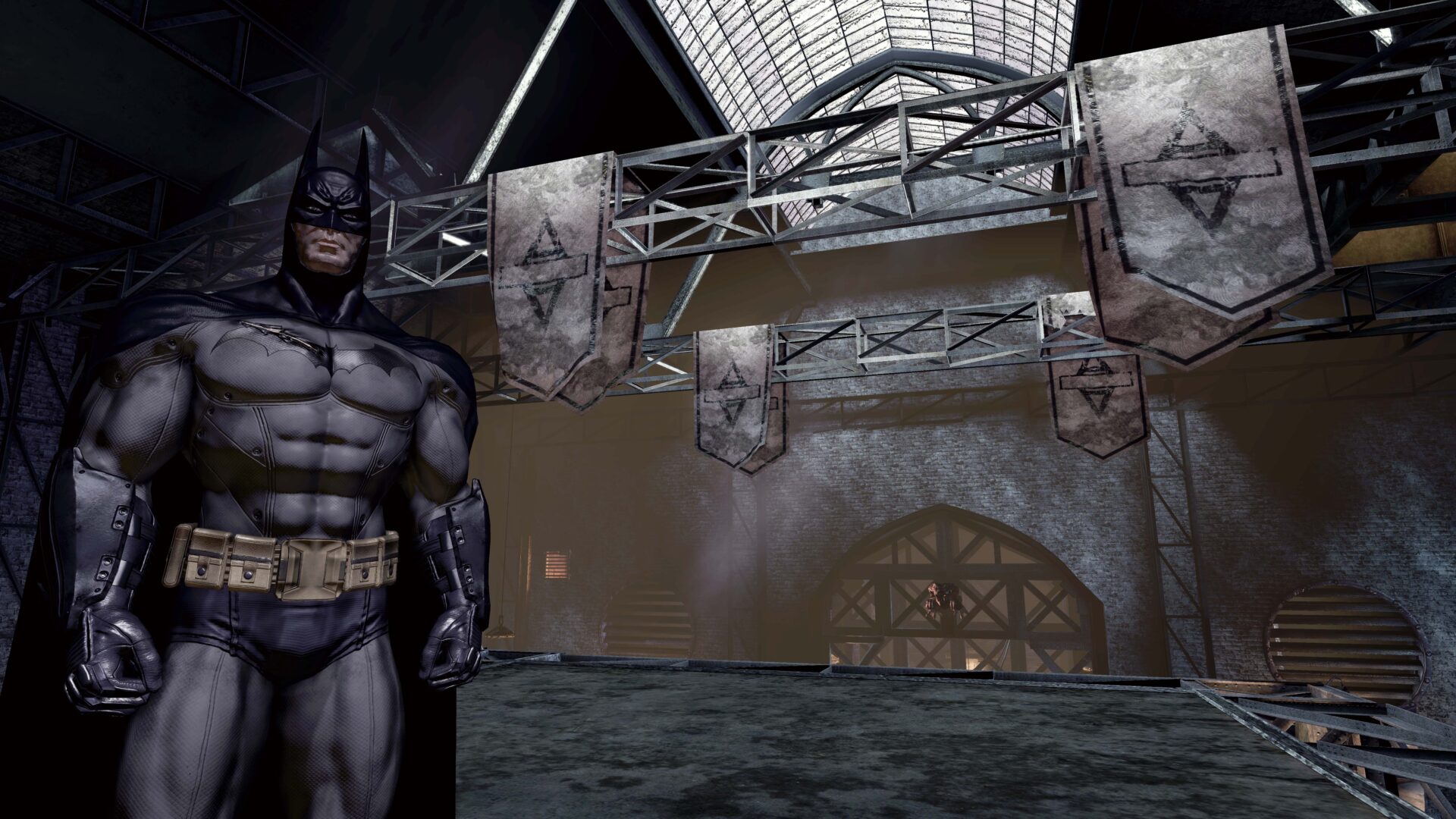 He adds that the long underwear which appears in Arkham Asylum and Arkham City and was a standard part of Batman’s costume for years (a fact noted by Zeranko) “feel out of place now as more superhero suits are being designed to look like someone could actually wear it.”

While more satisfied with the practical-looking suit in Arkham Origins, Zeranko still thinks Batman’s “proportions are still not quite right, however, but this time it’s because the blocky way his muscles are designed makes him look smaller and more compact compared to his Arkham counterparts.”

For him and ScreenRant, Batman is just too big and beefy throughout the Arkham series, perhaps because his look reflects too much of an idealized alpha-male hero, which is only one stumbling block in the push for body positivity and greater representation. 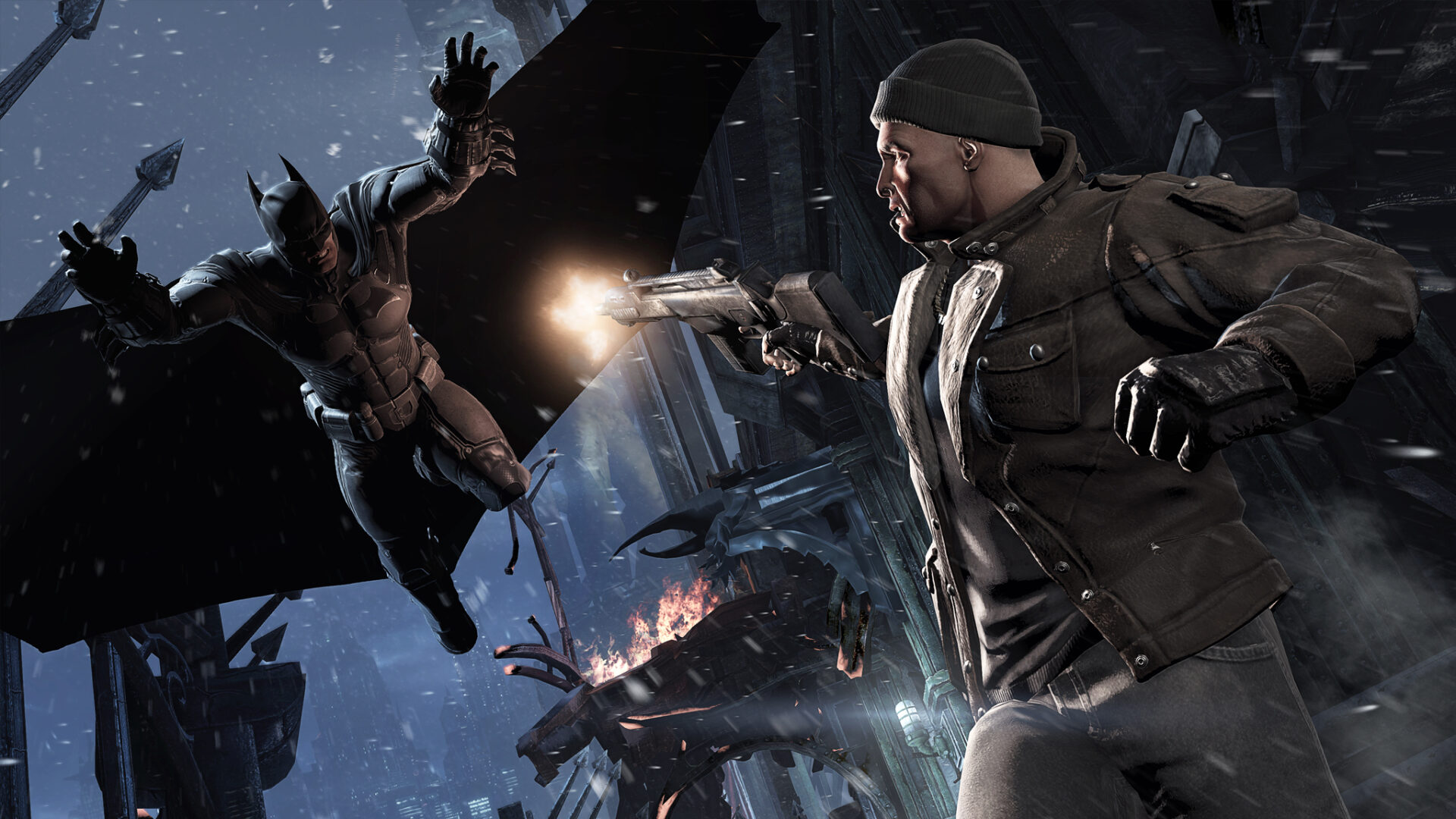 RELATED: Rumor: New Batman: Arkham Game from WB Montreal Will Be Bigger Than Ever

The bigger hang-up in mainstream journalism and entertainment is the “male gaze” which, though the two are related, is connected more closely with perceptions of female objectification than ideal forms of masculinity. And it’s the male gaze that moors their problems with Catwoman and Harley Quinn.

“The simple and obvious issue in Catwoman’s character design is the male gaze,” wrote Zeranko. “This is nothing new to superhero comics or video games more generally, but it’s becoming less and less acceptable…particularly when it comes to the sexualization of female video game characters.”

He added the big problem is leather and cleavage, saying, “In Catwoman’s case, her design features incredibly long legs, delicate arms and hands, and a jumpsuit zipped down to reveal her cleavage.” 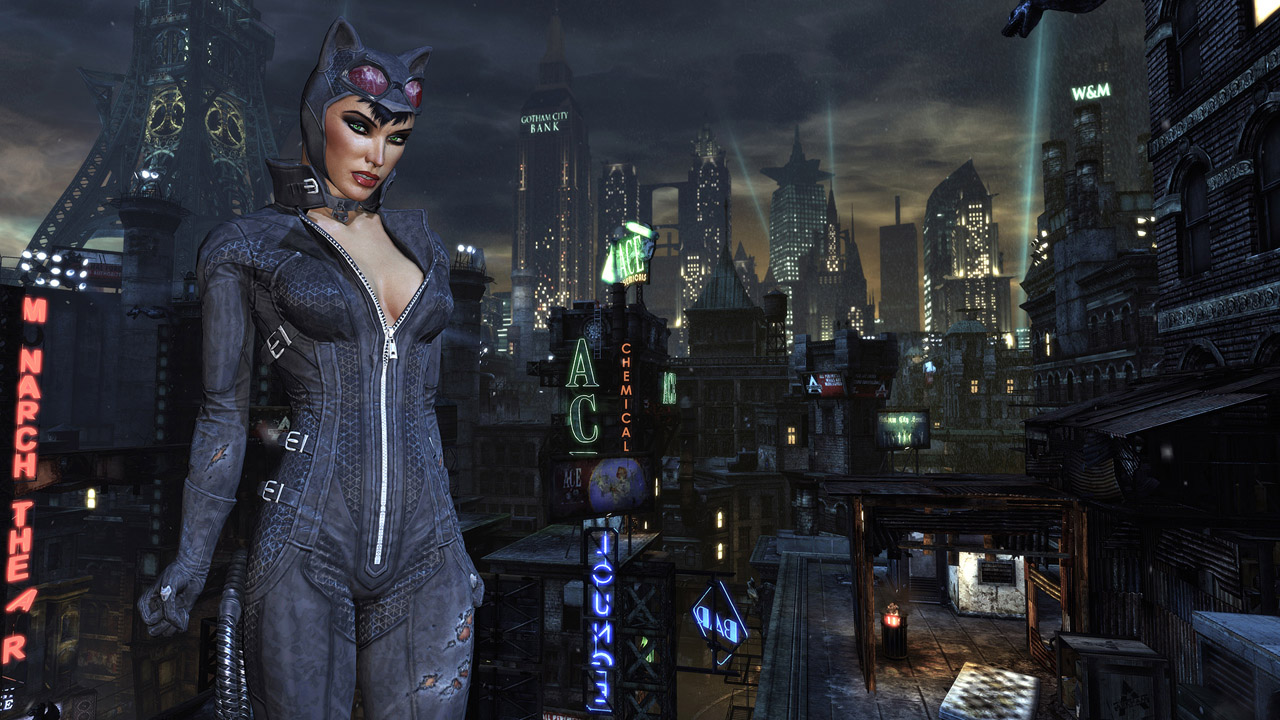 The article goes on to argue Catwoman’s Arkham game costume “remained mostly the same and choose to forgo any kind of actual armor or combat functionality,” and “though Catwoman does use sex appeal as a tool, her actual power comes from wit and physical prowess.”

A similar argument about the male gaze is made when referring to Harley Quinn’s costume. It “doesn’t hold up” says Zeranko in this ScreenRant piece, even though she has looked the same in the comics and in the HBO Max animated series.

“Like Catwoman, the male gaze is Harley Quinn’s biggest design flaw in Batman: Arkham and it’s safe to say that, in comparison to her design for Suicide Squad: Kill the Justice League, her outfits in Rocksteady’s trilogy don’t hold up,” Zeranko says. 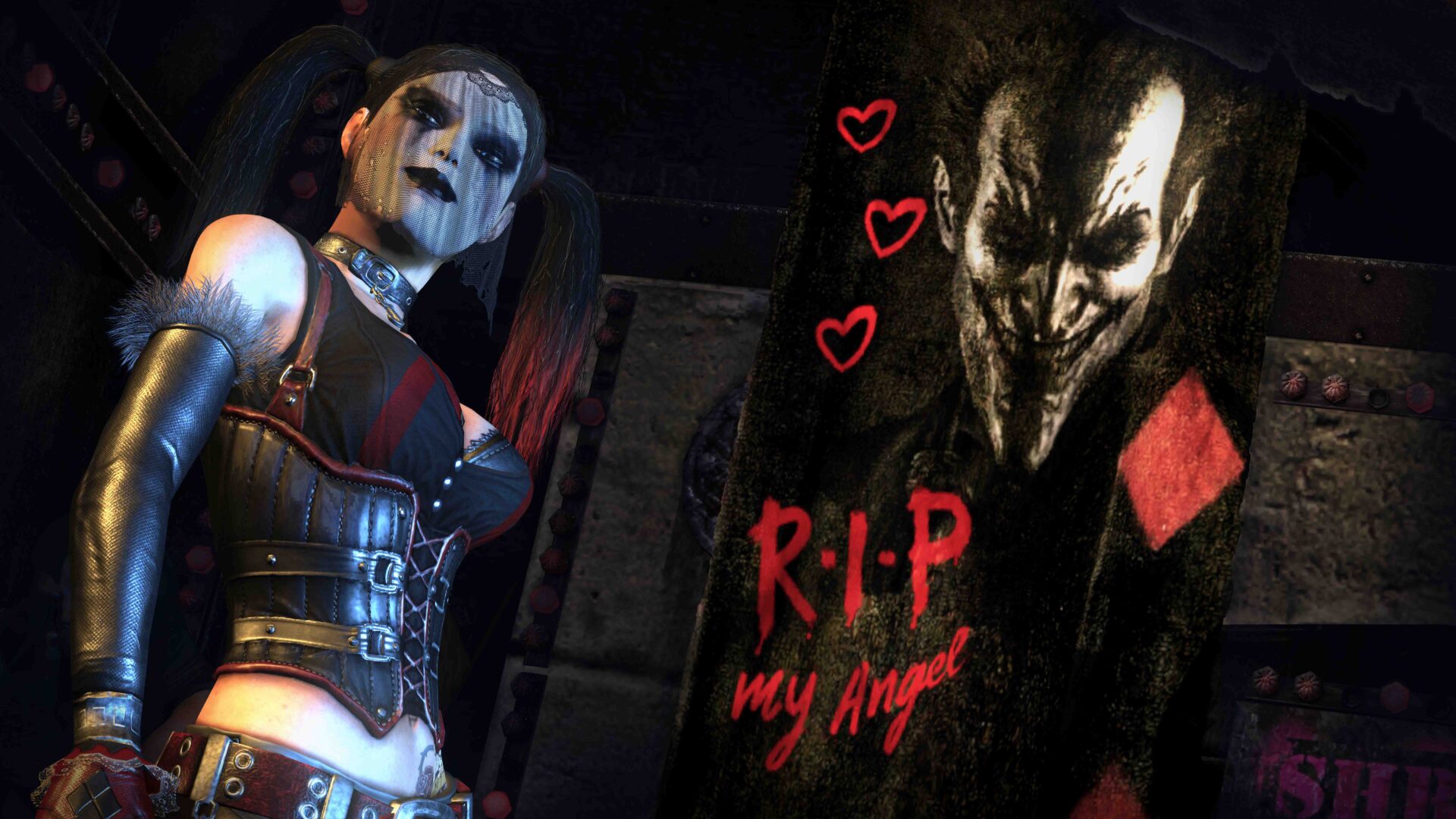 “In the Arkham titles, Harley’s attire is clearly impractical, and her anatomical proportions are just like Catwoman’s. Like Selina Kyle, Harley Quinn had an element of sex appeal to her character, but it was punctuated with a goofy personality and her trademark Harlequin outfit,” he continued.

“Both of these elements were missing in the Arkham series, and though an argument could be made about how these designs expanded the character’s wardrobe, Suicide Squad: Kill the Justice League proves how Harley can change her appearance and still retain her irreverent personality,” he concludes.

YouTuber Vara Dark disagrees with the above conclusions – to the point she doesn’t mention ScreenRant – and defends the Arkham designs.

As Dark states in her video, Catwoman has never worn a lot of armor because she uses stealth and she can’t be objectified. She is a fictional character not based on a real person and Dark thinks Selina “looks amazing” in Arkham, regardless.

“It shouldn’t be a bad thing that women have feminine features and are sexy,” Dark said with the addendum Catwoman can be looked up to as a “strong, empowered woman” without gaming journalists looking for things to pick at.

On Harley Quinn, Dark thinks ScreenRant disapproves particularly of Harley’s arms and cleavage showing in the Arkham series. Unlike them, she prefers the Arkham design to the Kill the Justice League ensemble, which she considers “boring” and odd-looking between the hair and make-up choices. 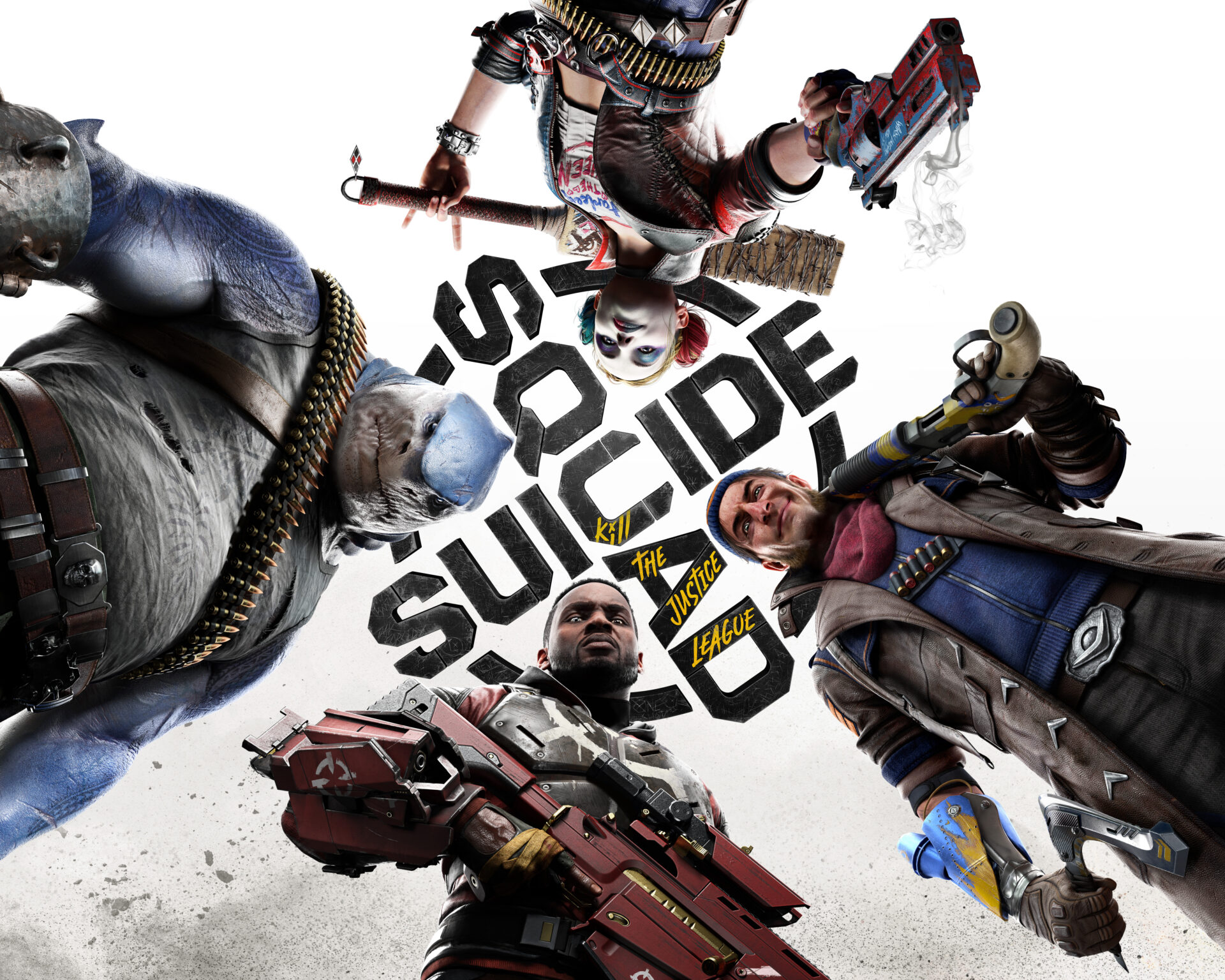 As for Batman, Dark was happy with the way Batman looked in Arkham City and Asylum. Rejecting the criticisms, she is pretty clear in her opinion those games nailed Batman by not veering far from how the Dark Knight should look.

When they got to Nightwing, however, she had a laugh at how the author gushed at the skintight outfit on Dick Grayson accentuated his musculature and acrobat physique. Dark found this comical and a tad hypocritical when they malign the female outfits for having the same criteria.

She personally had no problems with the Nightwing costume but is disappointed at the state of games journalism when a “garbage article” like the one we’ve been discussing is all they offer with no reportage on Halo: Infinite, Call of Duty, or the Activision-Blizzard controversy. 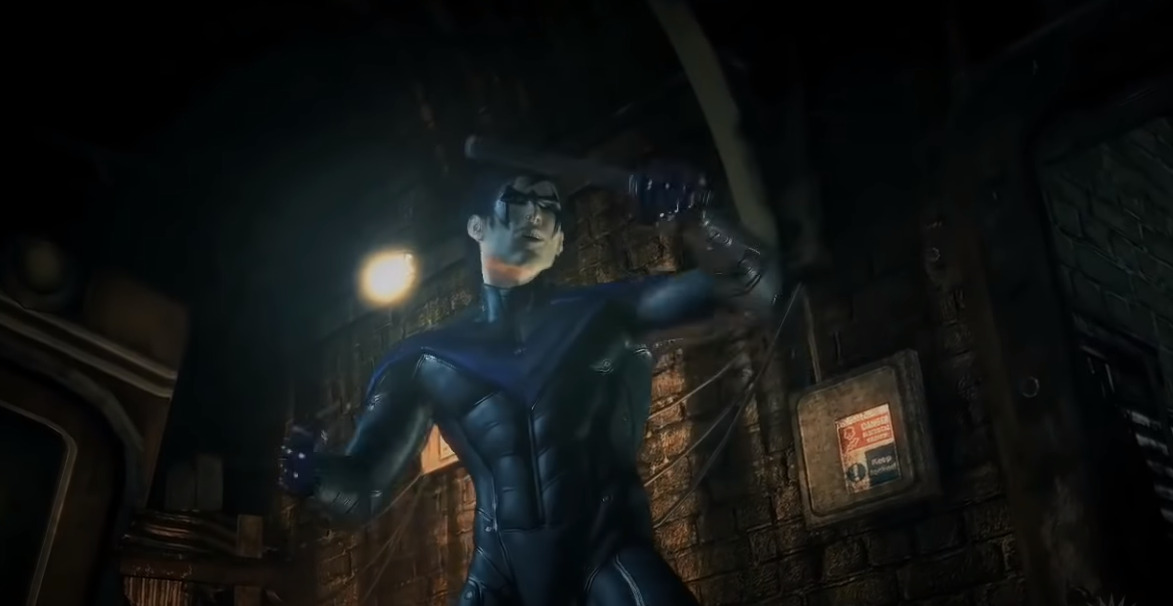 Dark also frequently points out in her video that writers try to frame a certain narrative and are just looking for clicks absent of any real interest in their genre – even if they go back to a game that came out 12 years ago to pick it apart.

What do you make of Vara Dark’s take down of Jacob Zeranko’s ScreenRant article?