Being the signature supervillain of arguably the world’s most popular super hero, it’s no surprise that we’ve seen quite a few different portrayals of the Joker over the years. 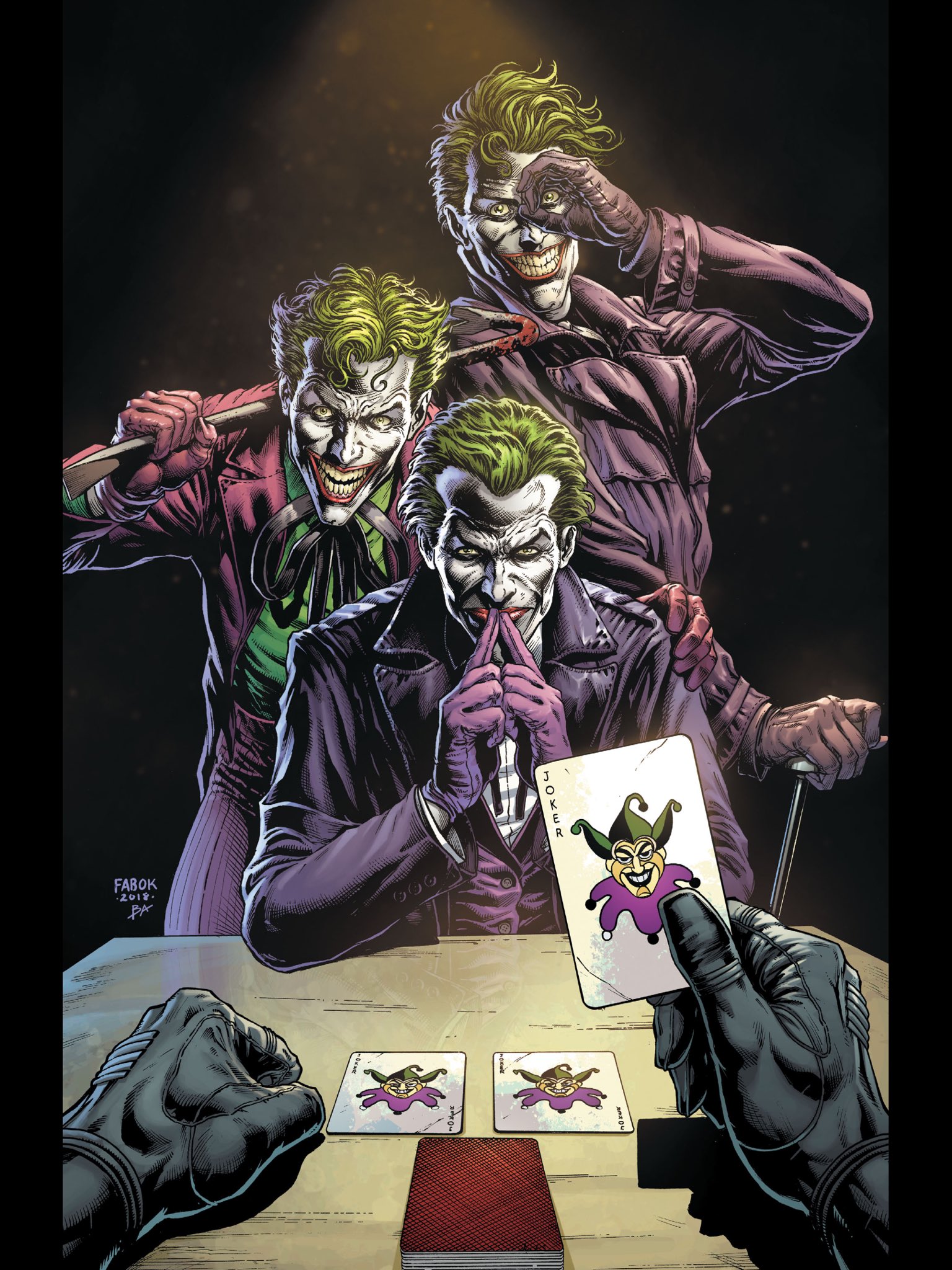 RELATED: Margot Robbie On Lady Gaga Being Cast As Harley Quinn In ‘Joker: Folie A Deux’: “It’s An Honor To Have Built Such A Strong Foundation For The Character That Other Actors Can Have A Go At Playing Her”

From the humorous, to the comic book accurate, to the devious, each of the Clown Prince of Crime’s various small and big screen incarnations have offered a uniquely different perspective on DC’s premiere psychopath.

And today, we’re diving into the six best such portrayals of the Joker and just what each of these respective versions ended up contributing to the character’s lasting mythos. 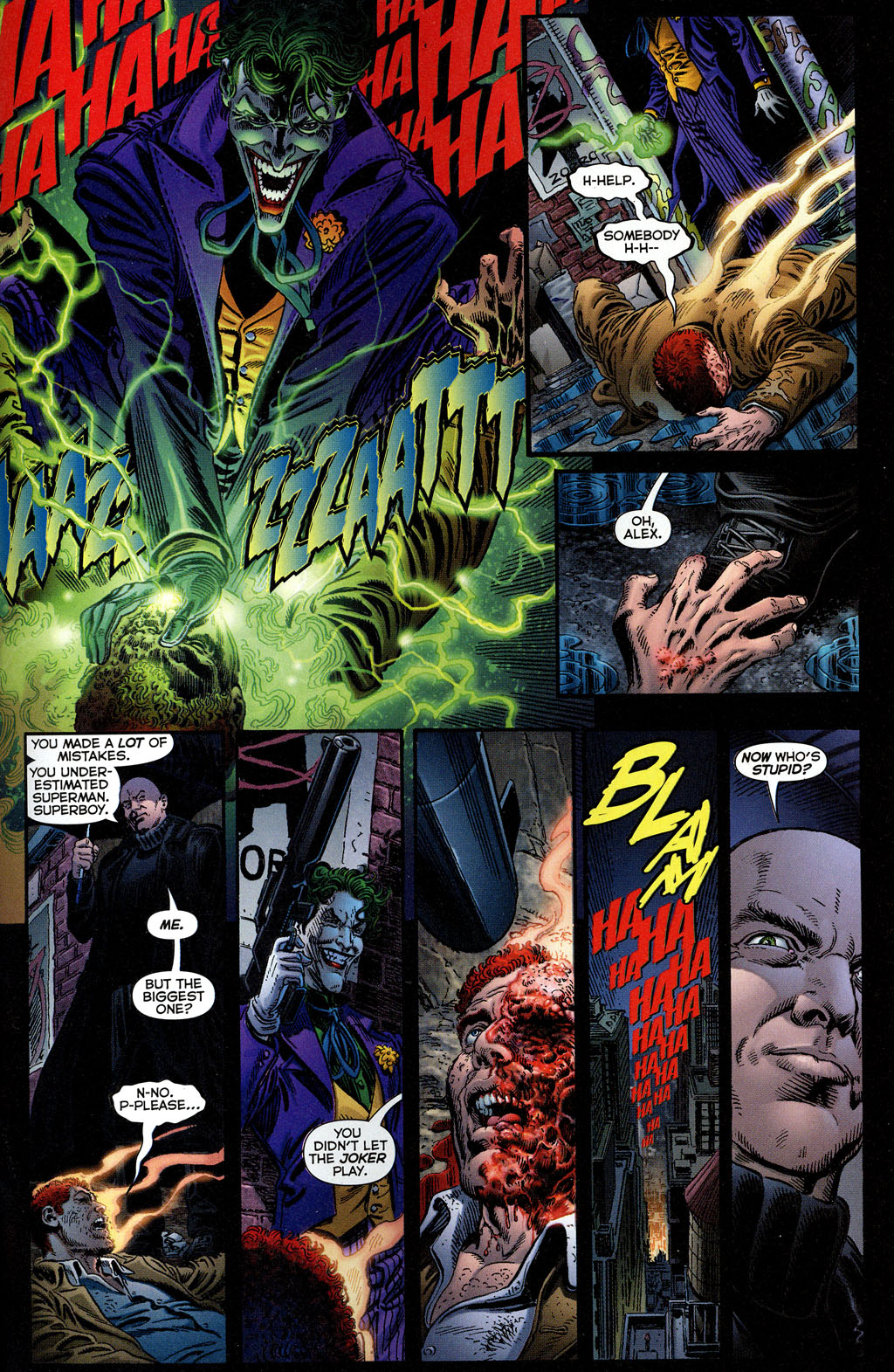 A very talented actor, Leto portrayed the Joker in David Ayer’s 2016 take on the Suicide Squad – and though his appearance was heavily promoted heavily throughout the film’s pre-release marketing, he didn’t get as much screen time as fans thought he was going to.

Out of all the performances on this list, Leto’s might be the most divisive, as it was quite a different take on the character compared to what audiences had seen before.

Whereas many were expecting to see a creepy, chaotic madman, Leto’s appearance as a tattooed gangster with an odd laugh and gold-capped teeth – topped off with a strong push to make him overtly “edgy” – left many feeling like they were watching a completely different character. 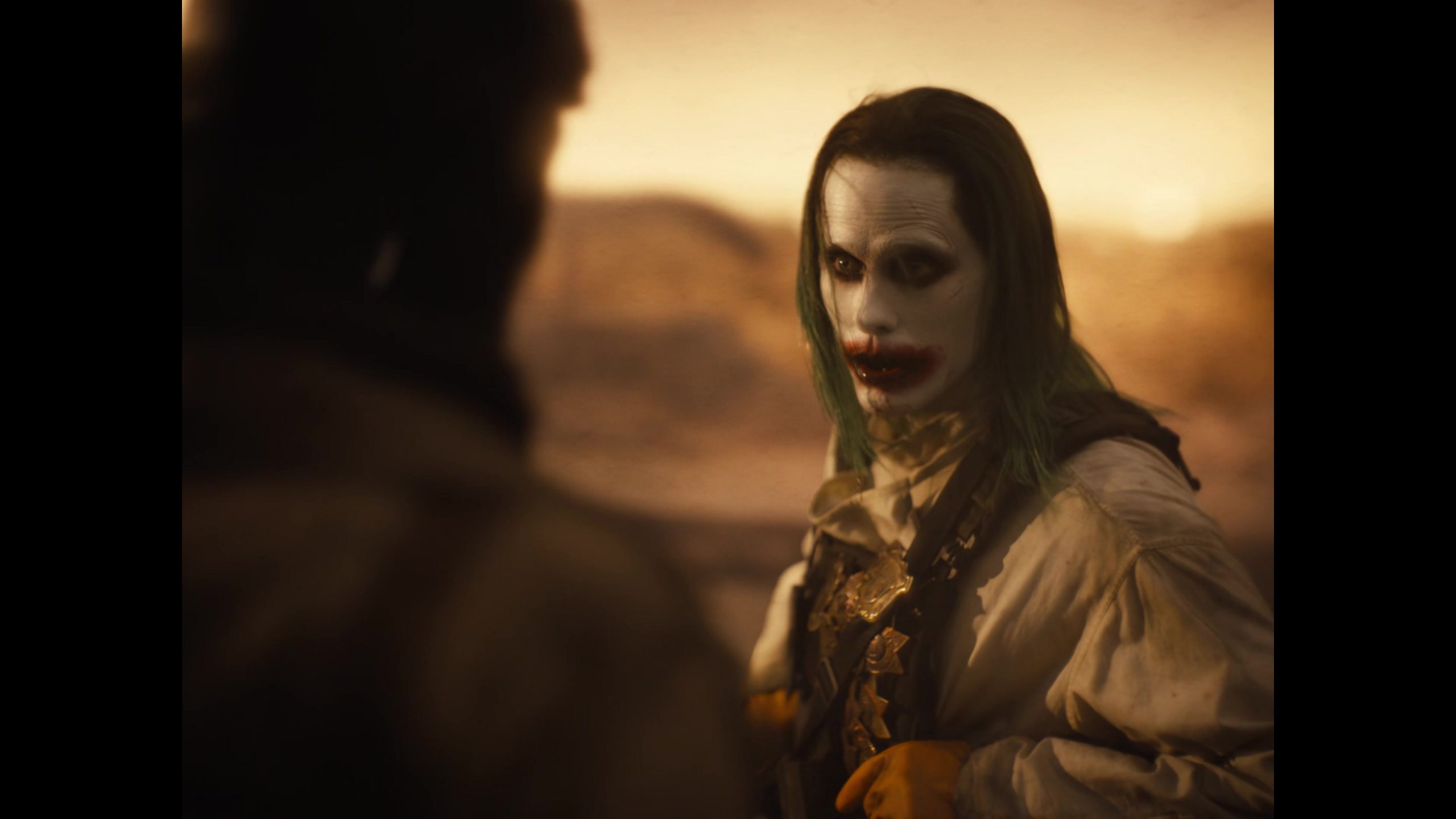 However, as noted before, I ultimately think his performance’s biggest failing was the lack of studio support behind it.

Thanks to their script meddling and directorial interference, there wasn’t very much Joker in the theatrical cut of Suicide Squad, with extensive reshoots leading to much of his character being left on the cutting room floor.

If we look to the post-credits scene of Zack Snyder‘s Justice League, we can see that he commanded a significant presence despite his diminutive appearance.

While I admittedly can’t make much of a comparison between the Snyderverse Joker and some of the other entries on this list thanks to his insignificant screen time, I can confidently speculate that had Warner Brothers not intervened in David Ayer’s creative process, Leto’s performance would not be such the subject of  mockery as it is today.

Having played the Lord of Laughs for two decades alongside Adam West’s Batman in the Caped Crusader’s 1960s television series, Cesar Romero paved the way for pretty much every other entry on this list. 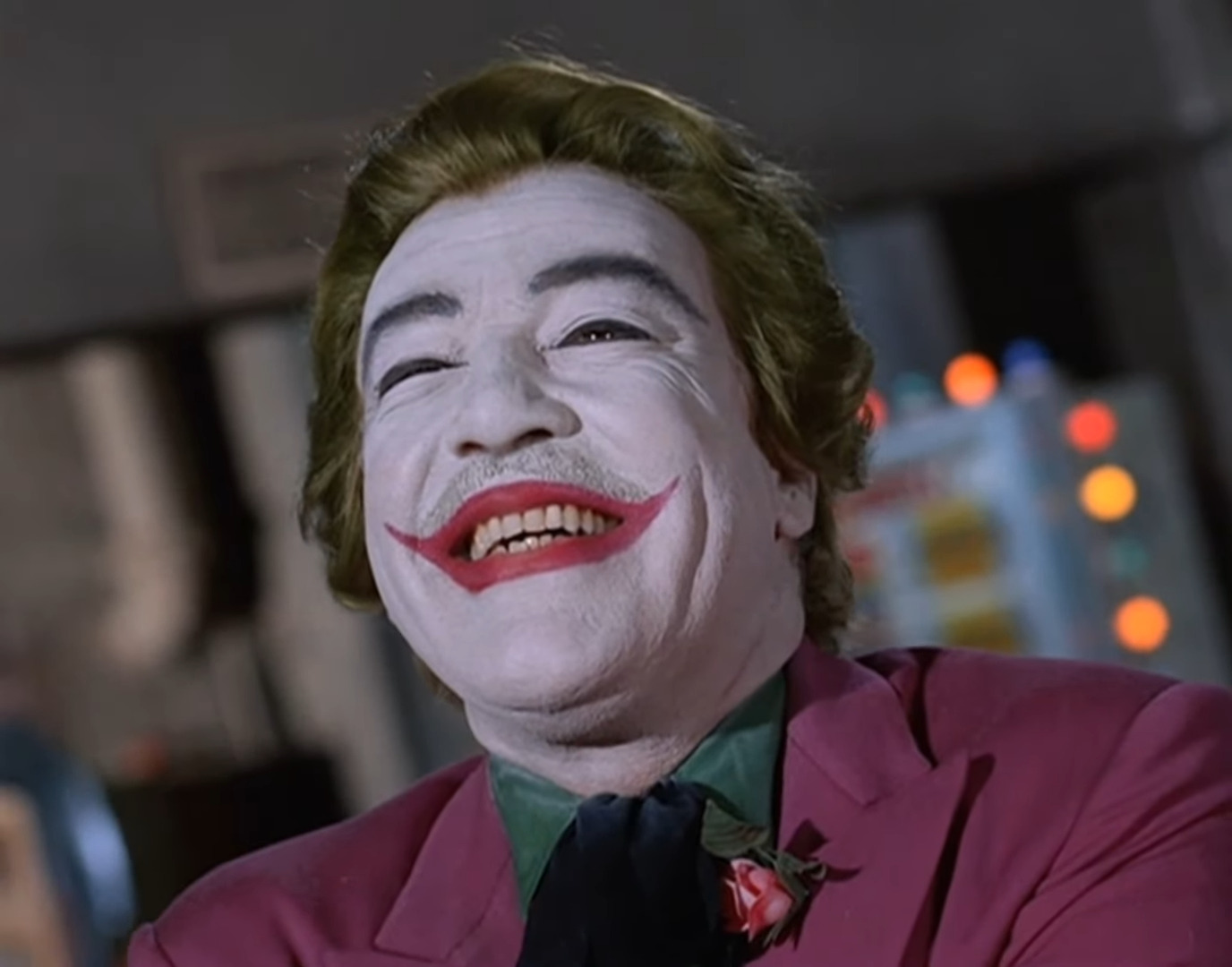 RELATED: Jared Leto Says “Never Say Never” To A Return As The Joker

In current times, the Joker is portrayed as a much dark character than his clown-based persona would imply, but Romero’s performance was much more colorful.

Playing him with a comedic tone quite-fitting for the time period, Romero’s ‘whimsical’ Joker brought a fun, humorous, and overall different dynamic to the villain’s yin-and-yang-relationship with Batman. 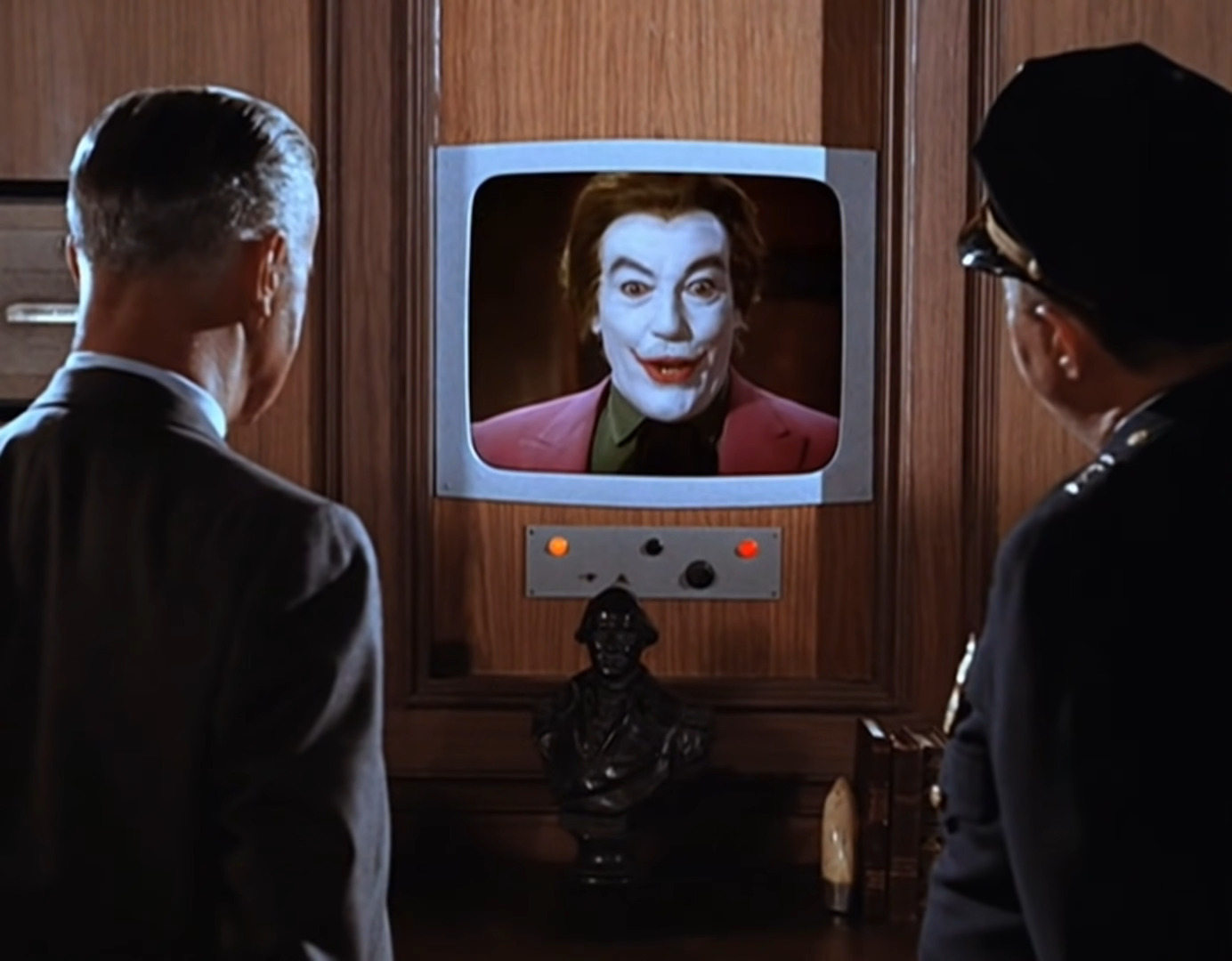 Yet, despite the more camp-nature of Romero’s performance, his Joker provided a firm foundation for the ‘clown’ aspect of the villain’s subsequent interpretations.

Love it or hate it, there ultimately has never been another Joker quite like Romero’s.

Arguably the most well-known actor to take on the role, Jack Nicholson has had quite a storied career in the years before and after his legendary Joker performance in Tim Burton’s 1989 Batman film. 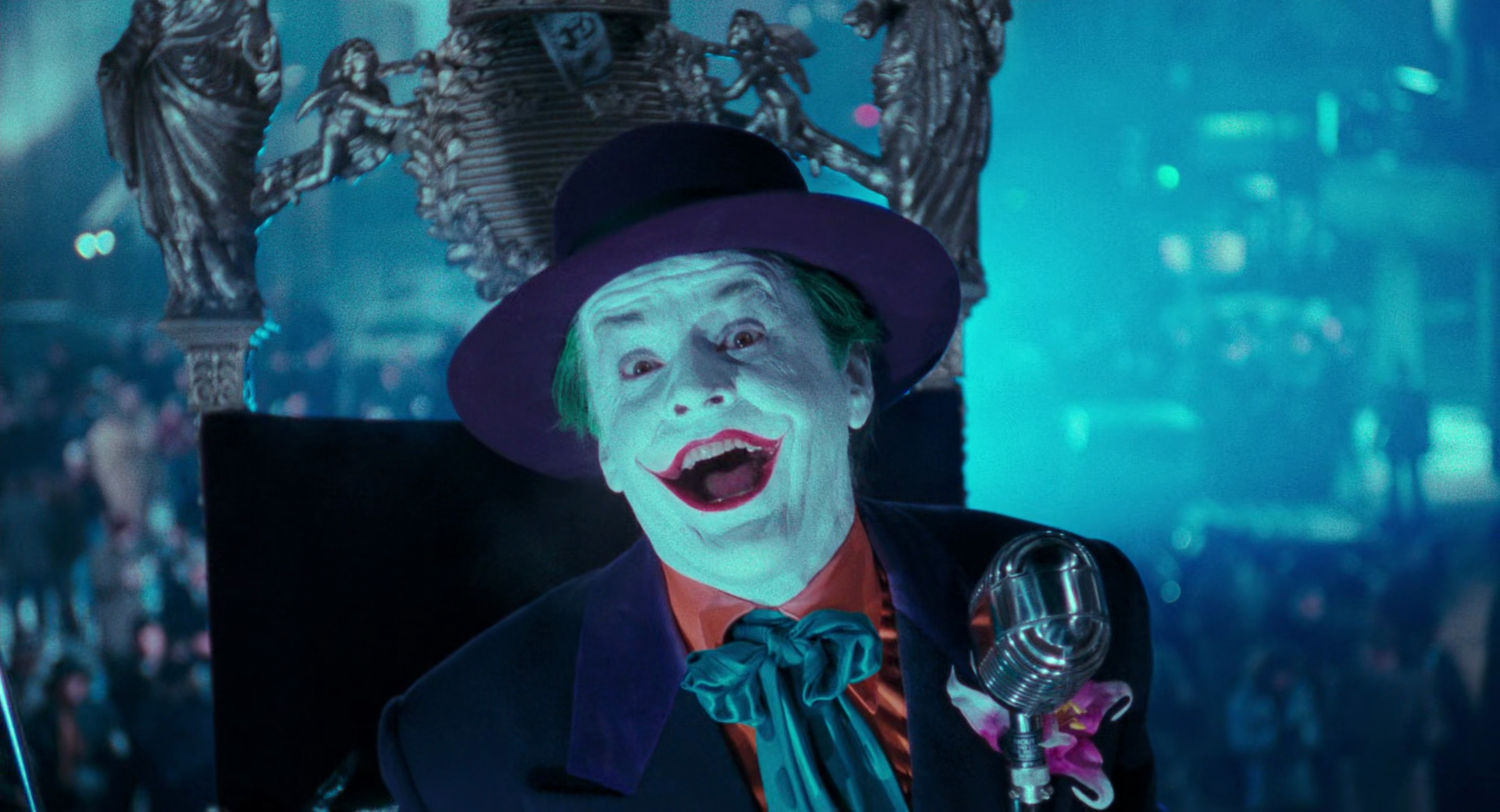 Known as the definitive one for years following its debut, Nicholson’s Joker straddled the line between Romero’s jokester and the more ‘serious’ interpretation of the clown seen in recent films.

On one hand, the villainous alter-ego of Jack Napier employed a number of condemnable plots and gadgets to further his quest of terrorizing Gotham, while on the other, his bright and over-the-top personality and costume evoked the bright colors and high energy of a big top circus. 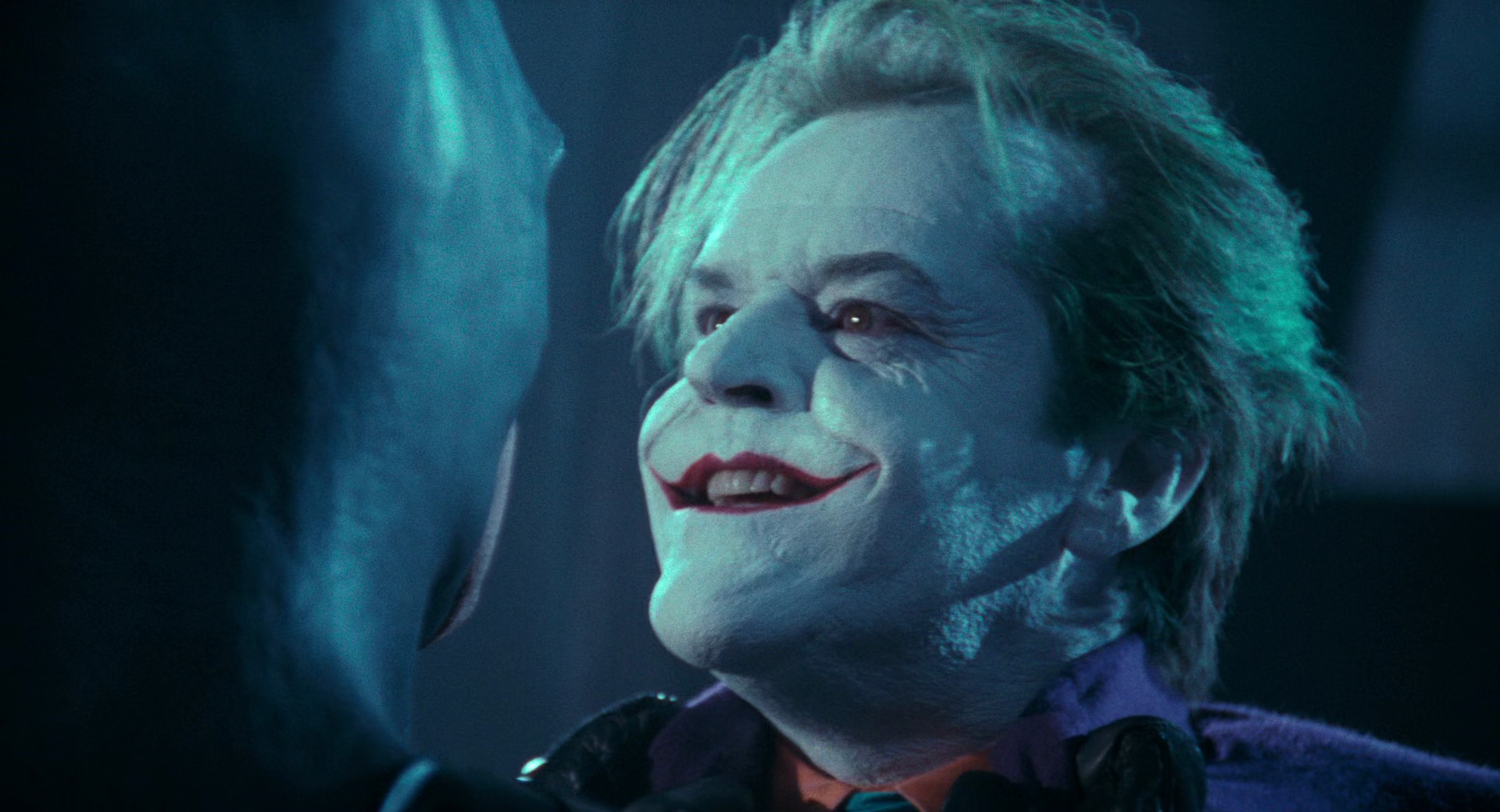 Coupled with the talents of Burton, the juxtaposition of crime and clowning seen in Nicholson’s Joker has proven so endearing that it’s still viewed to this day as one of, if not the most iconic on-screen interpretation of the DC supervillain.

Though animated, Mark Hamill’s Joker may be the most definitive version ever put to screen. 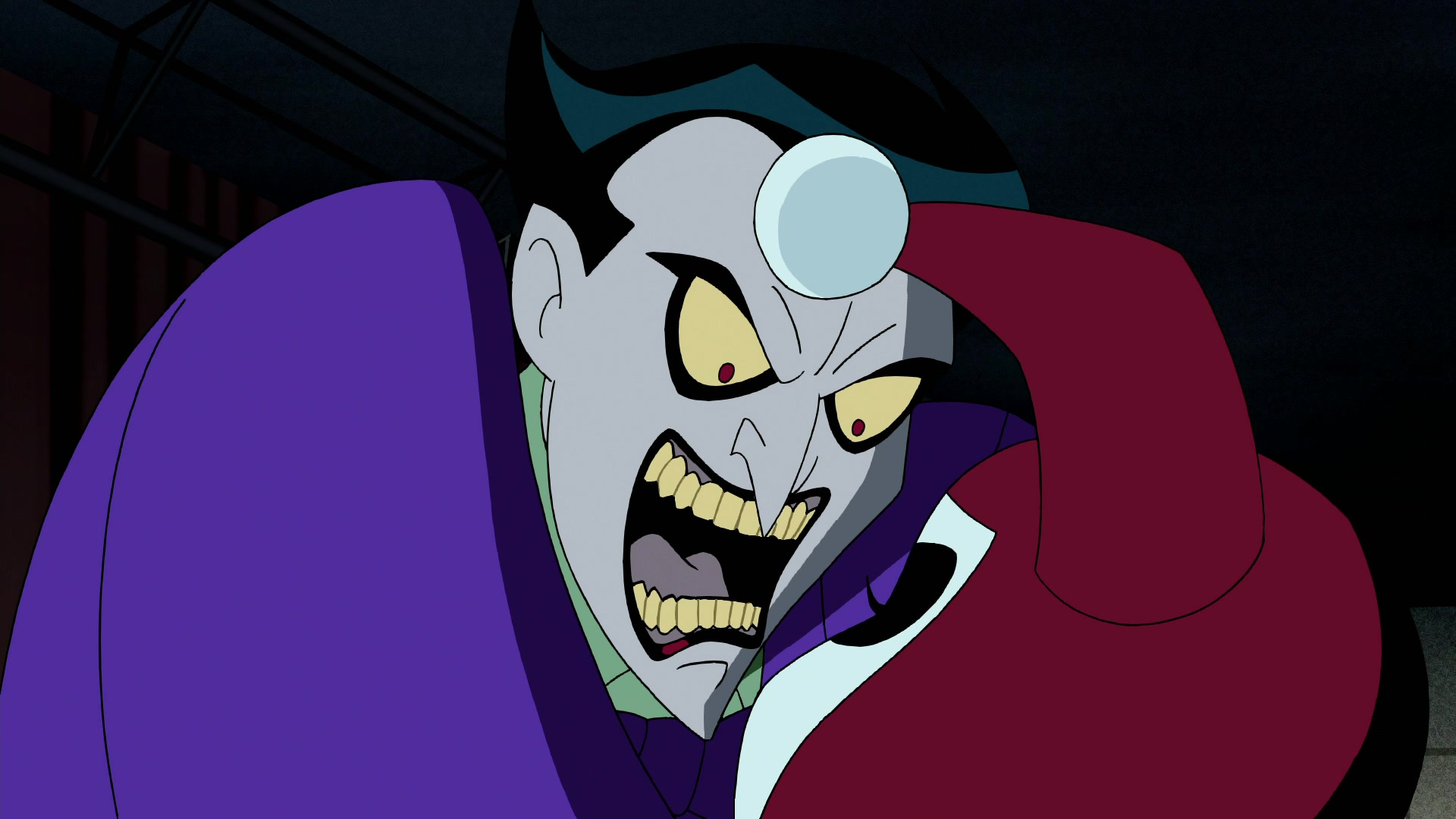 The longest-running actor to play the villain, the Jedi-turned-Joker first brought the character to life in 1992, debuting arguably the most iconic Joker laugh of all-time in Batman: The Animated Series.

From there, Hamill would go on to reprise the role a number of times over the next two decades, cackling his way across Gotham in such projects as 2016’s animated adaptation of Batman: The Killing Joke, the Batman: Arkham series of video games, and most recently Justice League Action in 2018. 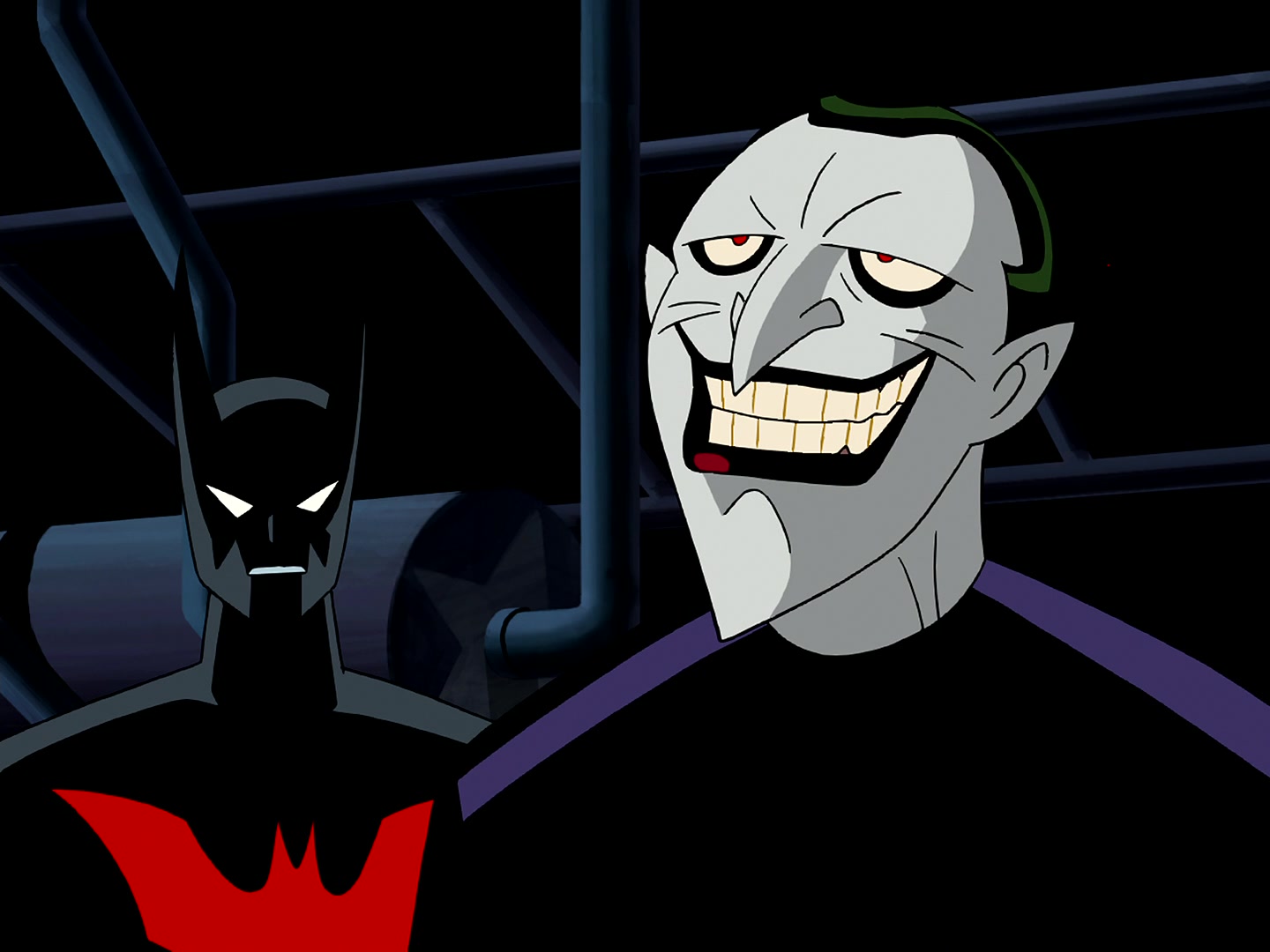 When I think of the Joker – his voice, his laugh, his mannerisms – my brain automatically leaps to Hamill’s performance.

Not only has it been a constant throughout most of our lives, with some of us growing up with his Joker on Saturday mornings only to be greeted by that endearing voice yet again upon booting up the Arkham games as adults, but it’s every syllable also makes it instantly clear that Batman is dealing with someone who is all at once hilarious, frightening, devious in his own way, and most definitely a trickster.

A Joker unlike any of the others, Joaquin Phoenix’s take gave the villain his darkest on-screen depiction yet. 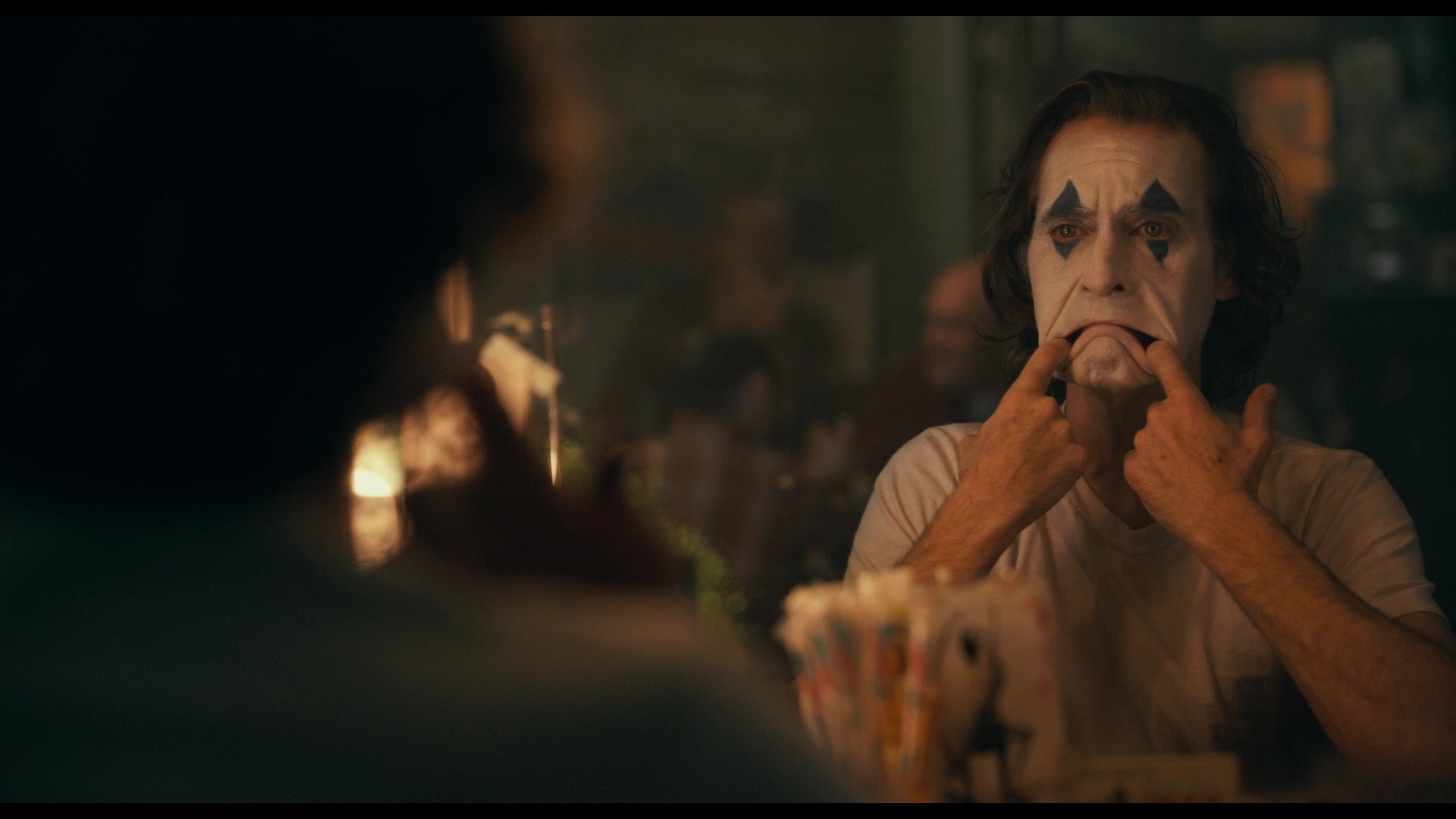 An unlikely casting choice, I’ll admit that I was initially skeptical of his ability to do the character justice. However, once I watched him in the film as Arthur Fleck, I couldn’t help but feel blown away. 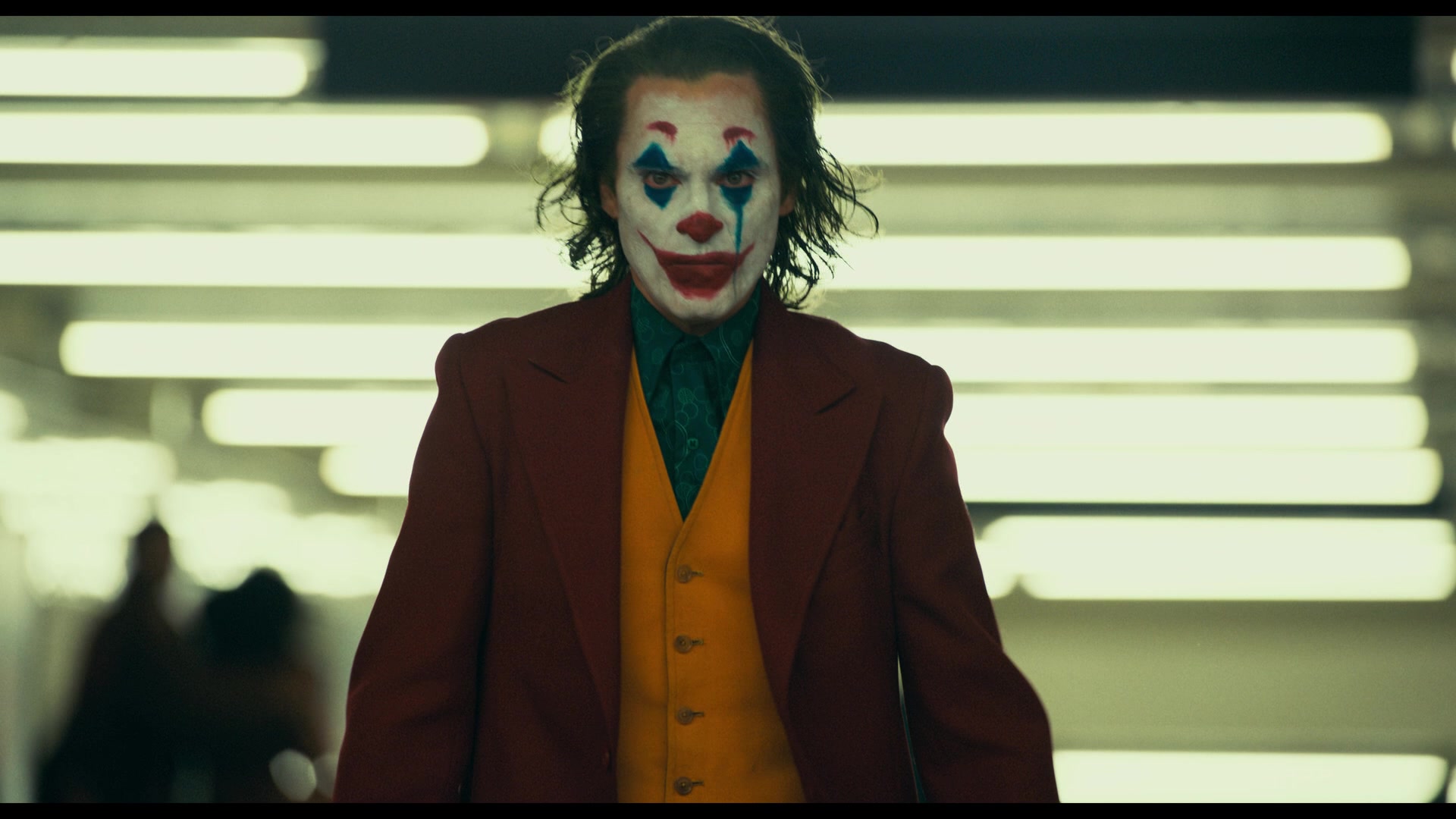 And I clearly wasn’t alone in this praise, as though Warner Bros. tempered their expectations by allocating the film a budget of just $70 million, it went on to blow Hollywood away by bringing in over $1 billion at the box office.

Not only that, but Phoenix himself would go on to win an Oscar for his performance in the film’s title role. 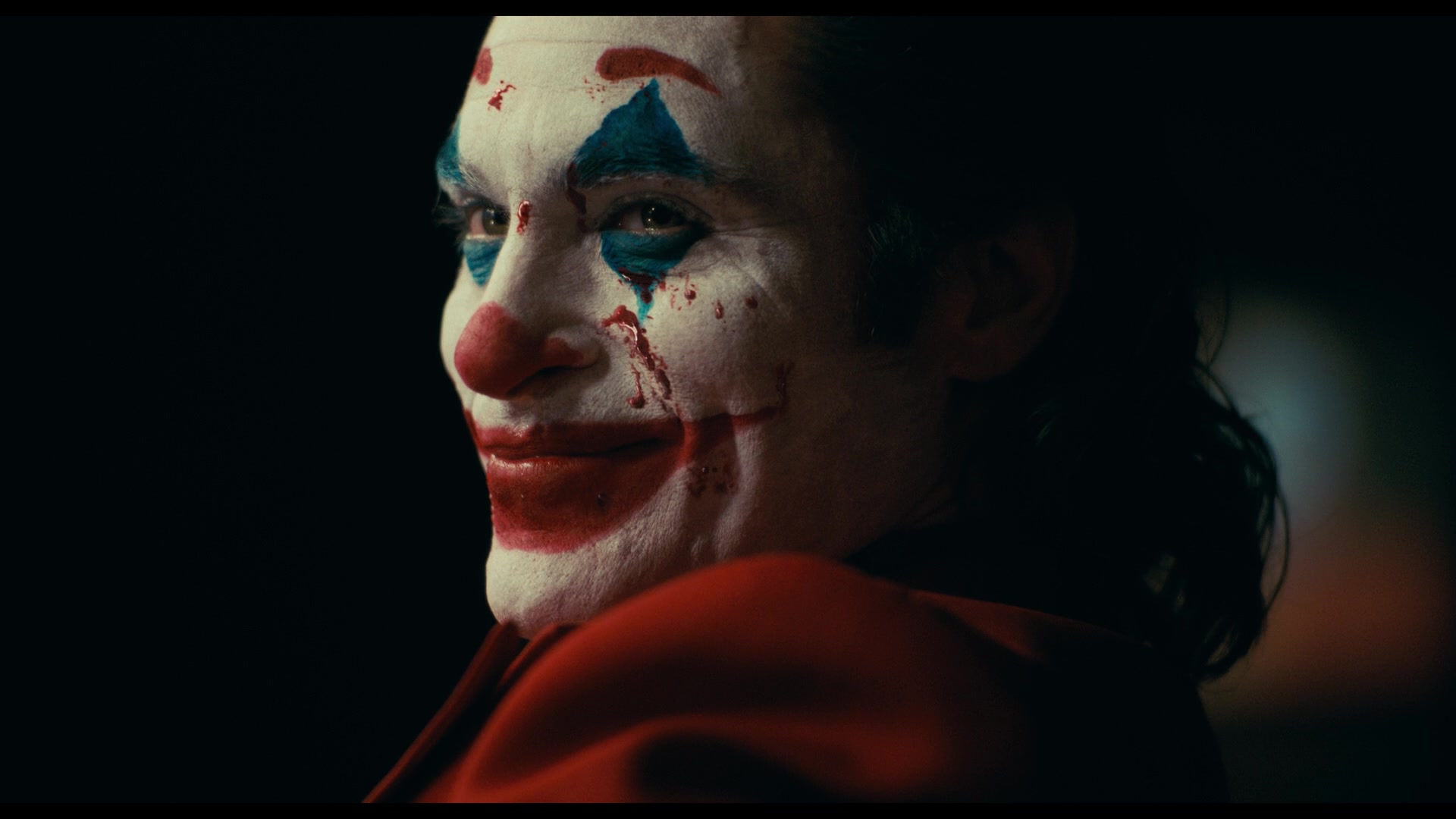 Embodying a more humanistic version of the villain than one more accurate to his comic book origins, Phoenix’s Joker sets itself apart from its peers thanks to its much-appreciated social realism.

Rather than a ‘Batman vs. Joker’, Joker tells the tale of ‘Joker vs. anyone and everyone else’ and centers itself more on real world issues, such as mental health and poverty, over standard comic fare like tights and explosions. 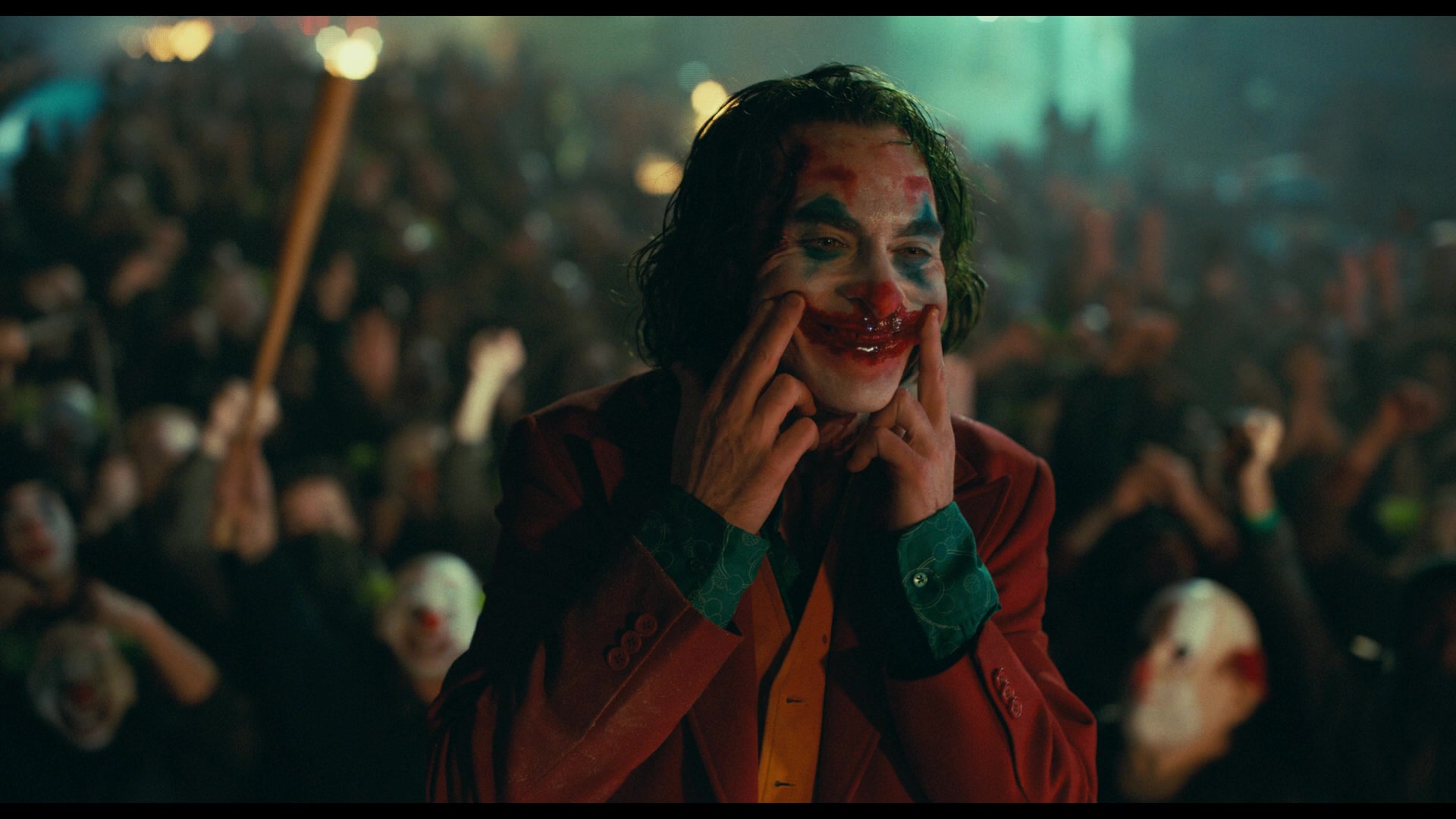 If there were one scene that perfectly encapsulated Phoenix’s performance, it’s his bathroom dance scene.

Creepy, passionate, and beautifully married to Hildur Guðnadóttir’s symphonies, this pivotal movement perfectly symbolizes his transformation from Arthur into the Joker.

Heath Ledger’s outing as the Joker is no stranger to being ranked as the #1 version of the Joker – and for good reason. 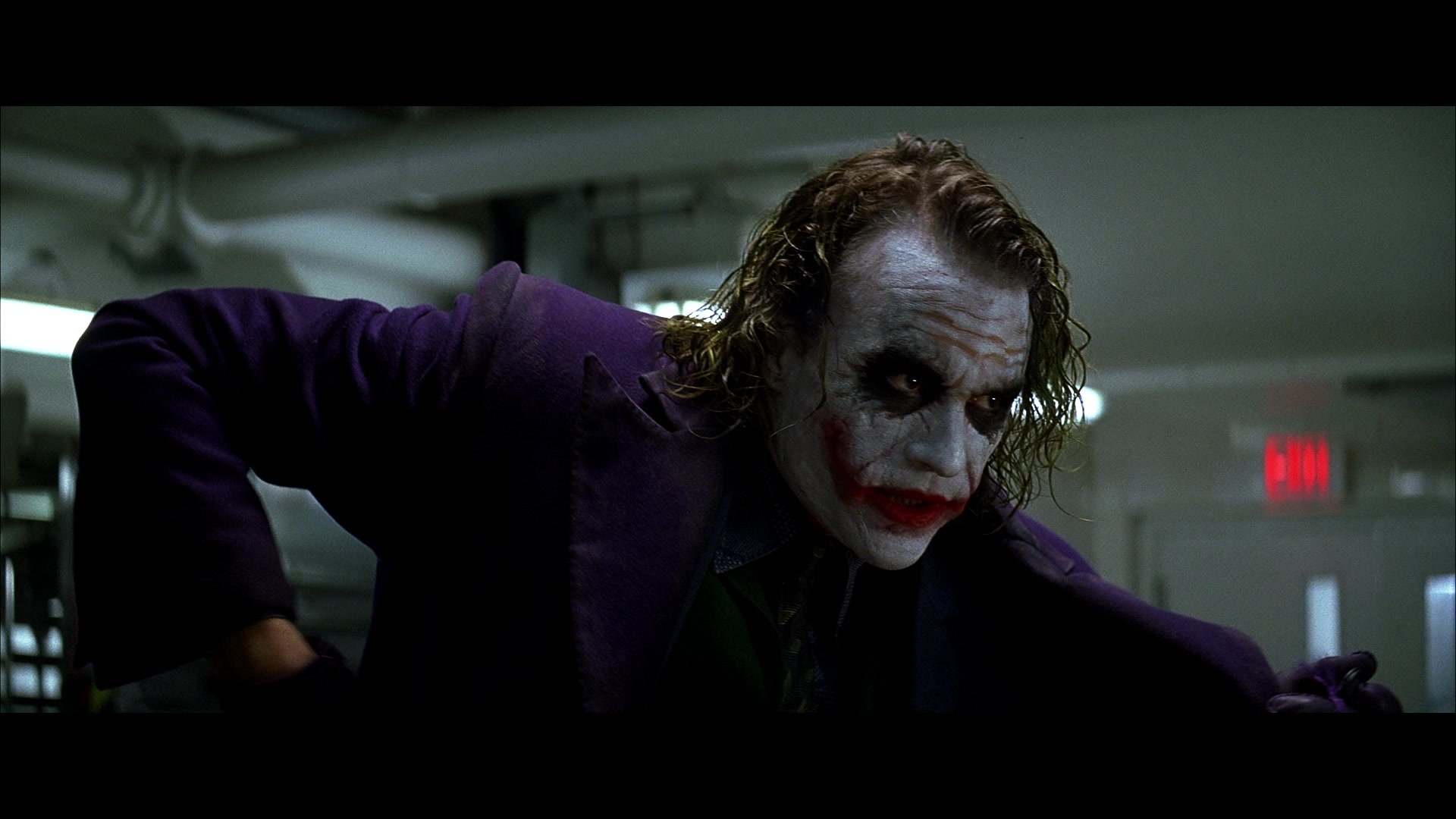 RELATED: Chuck Dixon Explains Why You Can’t Buy A Complete English Version of The Joker: The Last Laugh Trade Paperback

Starring in Christopher Nolan’s 2008 The Dark Knight, Ledger was fully committed the opportunity presented to him, even going so far as to prepare for the part by locking himself away in a hotel room in order to afford the solitude he needed to try out different voices, read various Batman-related comics, and even pen an immersive ‘Joker journal‘

Wrapped in a smear of cracked, white make-up and stringy, unkempt green hair, Ledger was unrecognizable as the Joker. 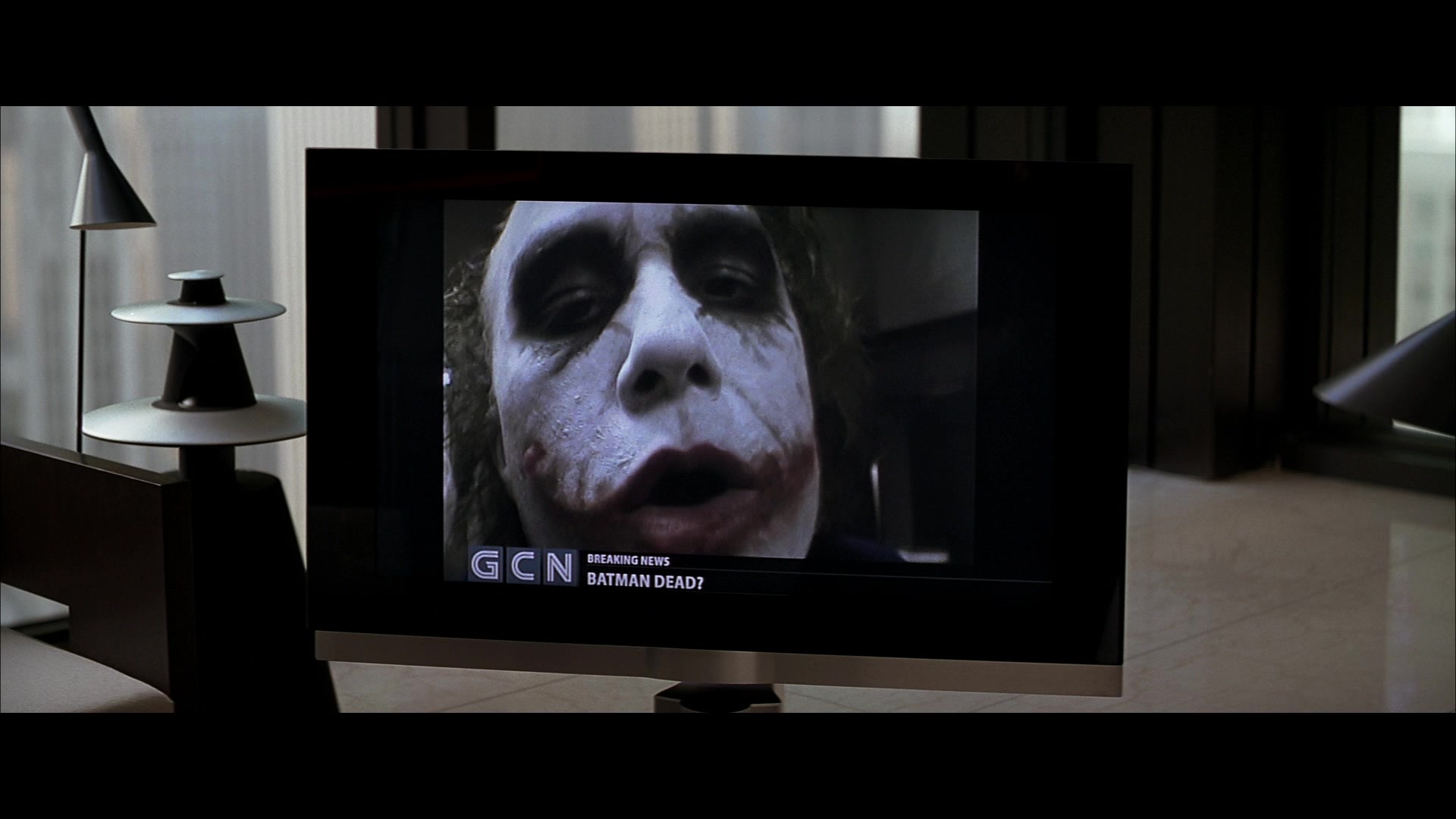 Tilting his head to the side each time he talks, uttering each lip-smacked word with an unearthly voice, and limping forward into madness with arched shoulders, Ledger doesn’t just portray the Joker in this film – he is the Joker.

With these little details and more than a hint of Nicholson, Ledger was able to give an unforgettably excellent performance that has stuck with me in a way that none of the Joker’s subsequent portrayals have since. 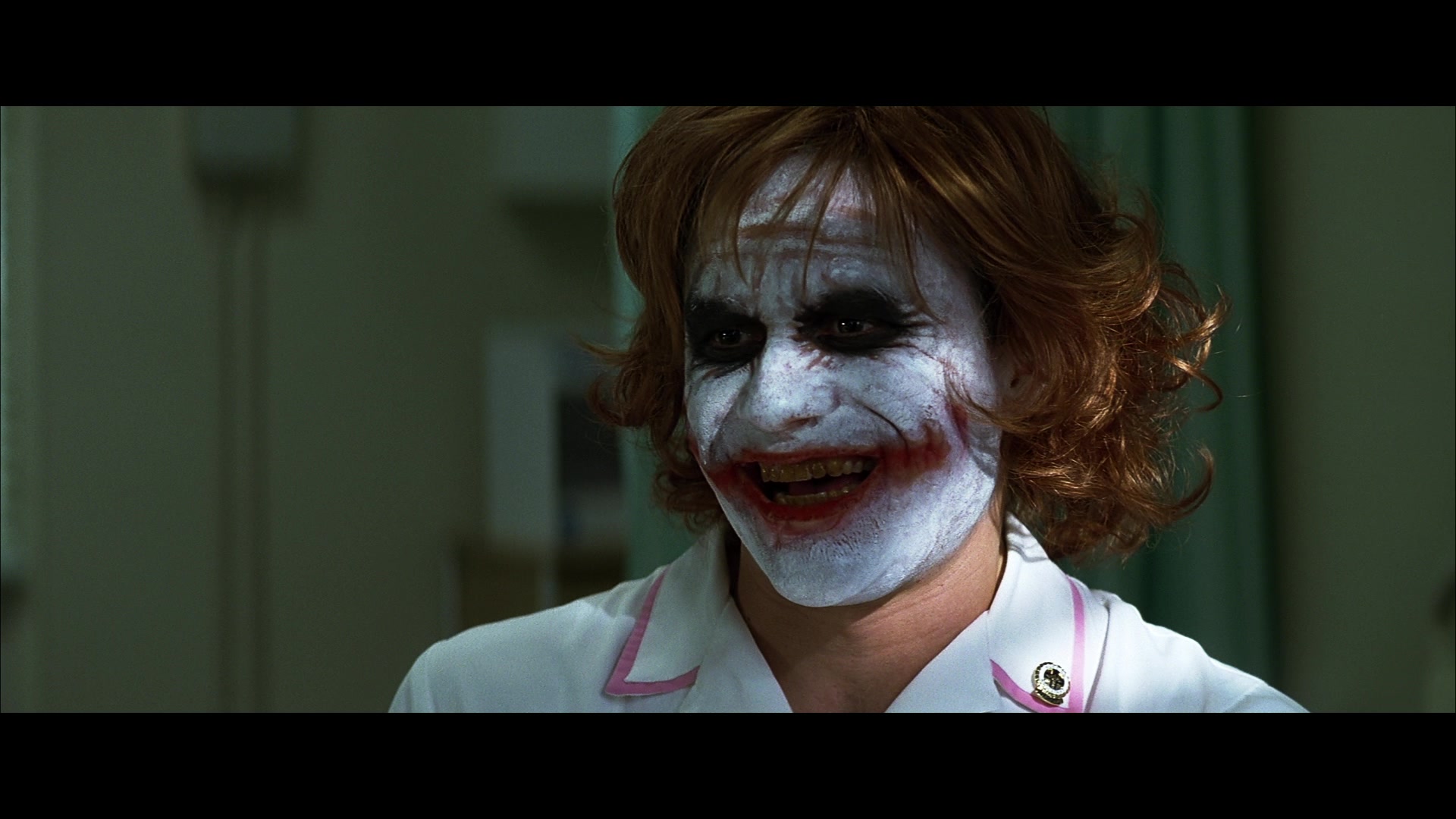 Though he will always be one of the most prominent versions of the Joker to exist in pop culture, Ledger tragically died before The Dark Knight was released.

However, his performance did not go unrecognized, as the actor was posthumously awarded with an Academy Award, a Golden Globe, and several other prominent accolades for his asking the world, “Why so serious?”

NEXT: The Joker Raises A Baby Batman In Official DC Comics And Kodansha Manga Series ‘One Operation JOKER’